The FLUXshield series represents a milestone in the development of horticulture LED boards. An innovative cooling concept paired with the most efficient LEDs for horticulture are the highlights of these grow LEDs. Here we present the boards. 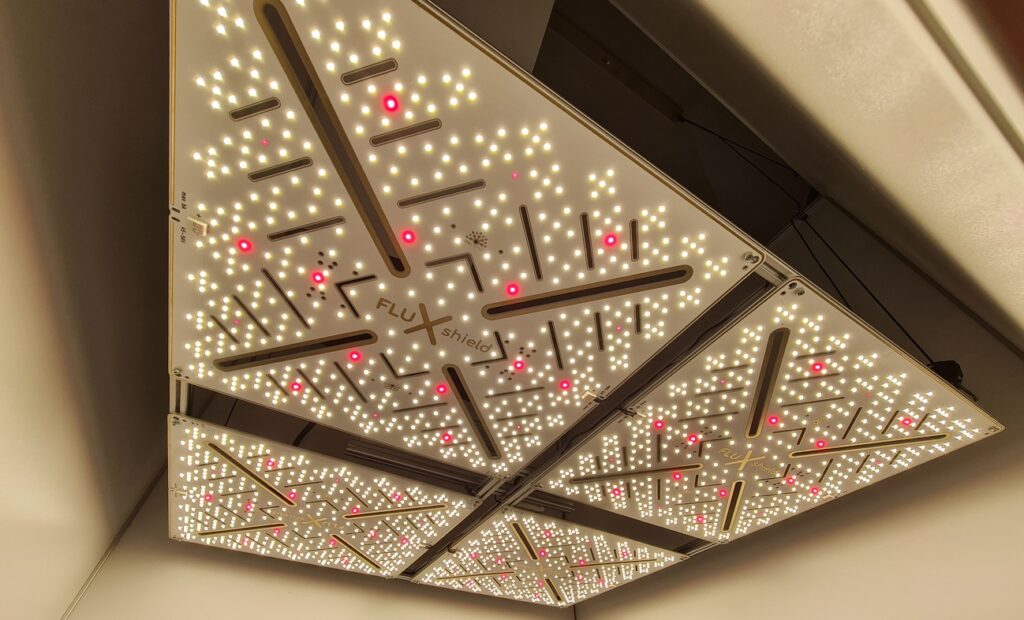 Grow LED boards with have enjoyed great popularity for some time. Despite the great competition on the market, the principle has changed little over the years. Rectangular aluminium boards with linear LED strings, usually Samsung LM301B or LM301HThe LEDs have been supplemented with 660 nm LEDs for further improved efficiency. With the introduction of the first FLUXshield Grow LED boards in 2020, we broke some of these conventions and generated a lot of interest from the indoor gardening community. 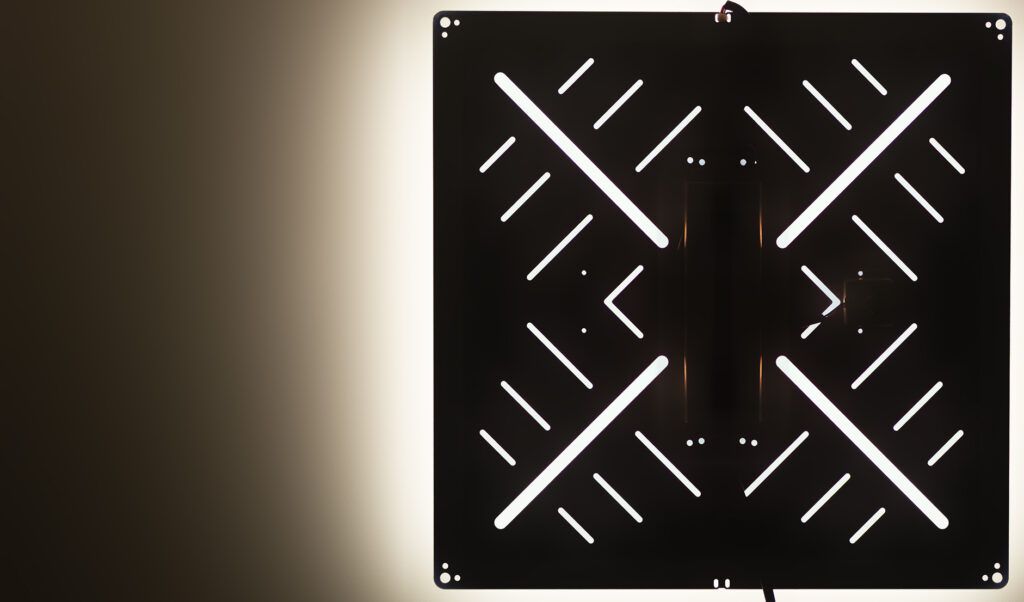 What makes the new FLUXshields so special?

Due to the great success of the first FLUXshields, we decided to further optimise this lamp concept. The requirements were from the beginning:

But these features make the big difference:

In order to verify the effect of the slots and make it visible, we used the principle of the Schlieren photography operated. The slots on the right half of the shield were taped off, while the left side remained unchanged. The FLUXshield Gold was operated with 5.5 A for a while to stabilise the temperature. The scene was then exposed and then exposed with the BOS procedure processed. This makes density differences in the air visible: light areas represent low density, dark areas represent high density.

Better illumination due to optimised arrangement of the LEDs

As in the first generation, we were able to reduce the usual hotspot in the middle of the illuminated area by arranging the LEDs eccentrically, becoming denser towards the edge. Thanks to the square format, the FLUXshields are perfect for square cultivation areas - and of course for the rectangular tent sizes, which are ultimately usually multiples of the square ones. In addition, the clusters of 5 typical of our FLUX range have now also arrived in the design of the FLUXshields. 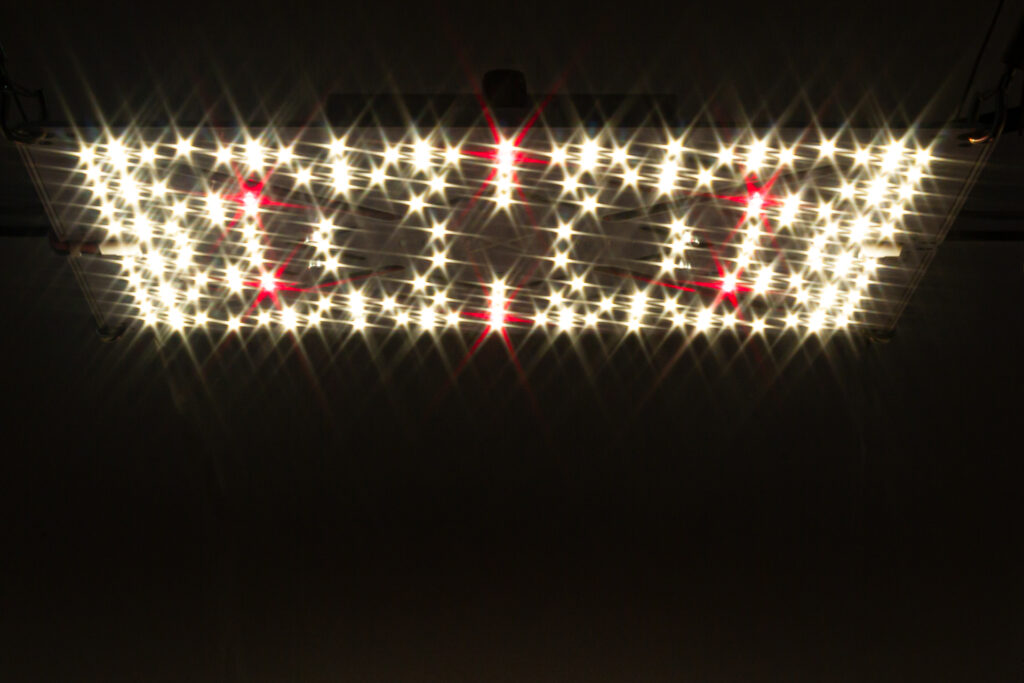 The FLUXshield Silver is a grow LED board with an excellent price-performance ratio. And it does so without compromising on quality. The only thing you do without is a touch of luxury that the large FLUXshield Gold exudes. A shiny silver finish is used here instead of the gold. The aluminium plate is extra-thick at 2mm, which brings the compact board to over 500g. The built-in Samsung LM301H and Osram GH CSSRM4.24 LEDs are among the most efficient LEDs on the market. Even in the economical power class around 100W, this configuration provides enough light output for the standard footprint of 60 x 60 cm. On this surface, our PAR test reached an average of over 700 µmol/m². 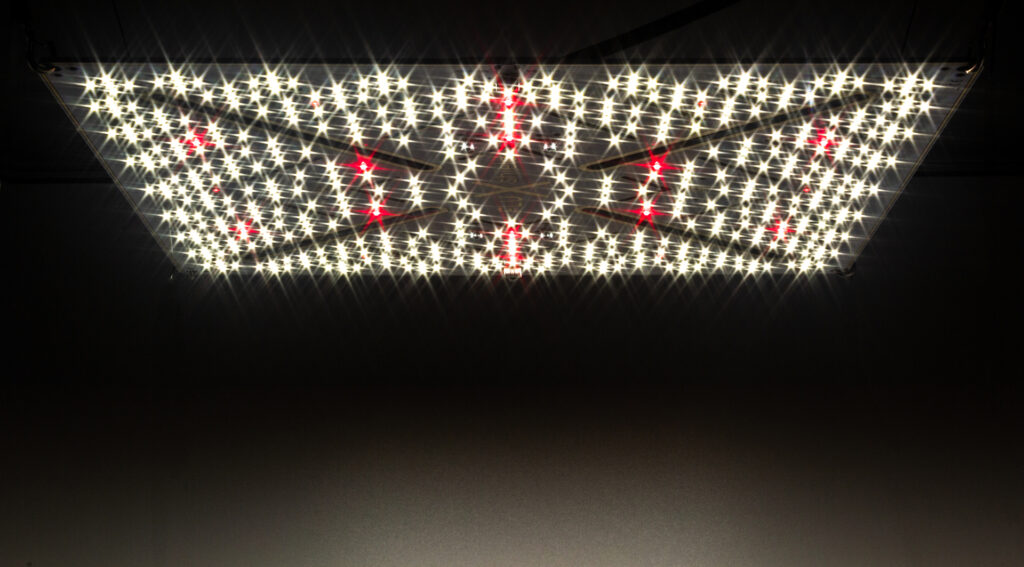 FLUXshield Gold - Luxury for the plants

The FLUXshield Gold stands out from the crowd not only because of its golden coating. Its gigantic dimensions of 48 x 48 cm make it one of the largest LED modules on the market. We have also added well-dosed far-red LEDs, which ensures improved growth of the leaf surfaces and an accelerated flowering phase. So that the tendency to "stretch" does not get out of hand, the white full spectrum is tuned a little cooler.

To the PAR maps

FLUXshield Kits - Now available with us 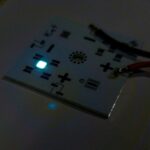 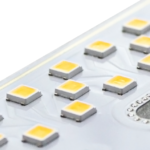 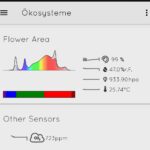 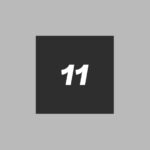